During my two-month artist-in-residence at the McDonald Observatory in 2004, my artistic direction took a radical turn. Night after night, looking up at the universe through the intensely dark and unpolluted sky, I considered how few people around the world have the opportunity to look up and see the stars, planets and constellations so clearly and be witness to their profound beauty. These thoughts led me to reflect on the historical versus contemporary relationship between our natural environment and our civilization. While our technologies have, stunningly, allowed us to see into the microcosm of our bodies and the macrocosm of our universe, we are facing a moment where our technologies are also aiding in certain destabilizing effects to our earth, our water and our air.

From these late nights under the stars in 2004, The Polar Project sprung into being. The project is an evolving series of large scale, environment-focused artworks that document the Arctic and Antarctica. Though seemingly far away, these rare and fragile ecosystems are crucial to Earth’s stability and humanity’s future. Continued anthropogenic climate disruption and glacial melting would bring unprecedented challenges to all of humanity. With leading scientists around the world continuing to warn of the effects of climate disruption, we are now seeing these effects with our own eyes as more and more of the ice in these regions melts away. The Polar Project‘s intent is to share a visceral experience of the polar environment and become a conduit for people to learn about the global and local issues of climate disruption.

I was honored to receive a Guggenheim Fellowship for this project in 2008. During my fellowship year, I was invited to join an expedition to Antarctica to work on the project. In January 2009, as the artist-in-residence and official team member of Interpolar Transnational Art Science Constellation and the ICEPAC experiment, and the guest of the South African National Antarctic Program, I ventured to earth’s southernmost continent and lived amidst the vast ice fields, luminous glaciers, ancient rock-mountains, and the ice-covered sea. Antarctica brought a world before my eyes that was luminous and profound. Virtually everything in this icy landscape is a refracting surface, waiting to scatter and bend light… Antarctica literally holds light within it.

The point at which the wonder of natural phenomena begins to awaken the mind, heart and imagination is the point at which art, science and humanity meet, and The Polar Project’s vision is to harmonize these perspectives. I believe that the Arctic and Antarctica are a part of our cultural and world heritage, and The Polar Project’s mission is to capture the natural environment of these precious regions to preserve their image and voice for future generations and to inspire awareness and change now. 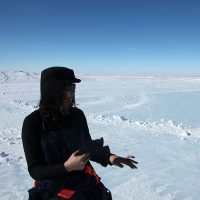 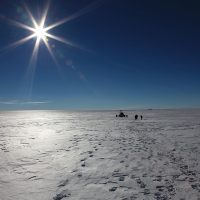 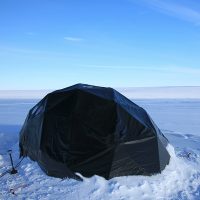 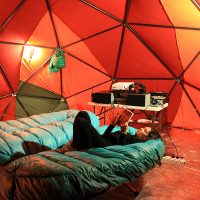